* In case of any delay in receiving the OTP, you may verify it later. Please proceed without verification.

Enter your City name or Pincode

Gandai is a small Nagar Panchayat town in Rajnandgaon District of Chhattisgarh state. The city is located some 75 kms away from headquarter city of Rajnandgaon. It bears all the characteristics that most of the cities of India do. Be it for economic sustenance or basic infrastructure you can find all and more in this part of Chhattisgarh. 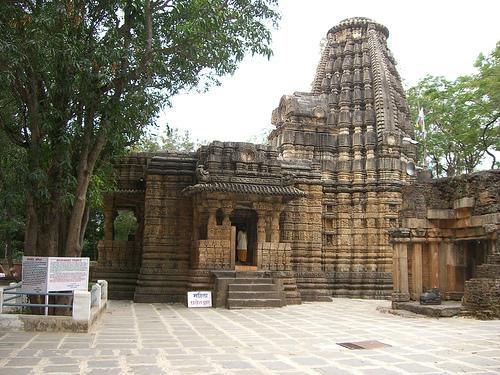 In Introductory paragraph we gave you more than sufficient indication that Gandai is an agrarian based economy. This obviously means that most of the employment and revenue for this part is generated through agricultural sector. If we’ve to put it in numbers, then employment and revenue generated by agricultural sector is nearly 70%. Rest of the employment and revenue comes from industrial sector, followed by minuscule service sector. Talking about specifically about industrial sector, then it has indirect rather than direct influence over the local economy. That’s because most of the industrial jobs come from nearby towns and villages. The over dependence on traditional agricultural sector coupled with non existence of other competitive sectors has always defined economic characteristics of this village.

Having a really well equipped hospital is still a distant reality for small town like Gandai. Although few Primary Healthcare Centers (PHC) do operate in few adjoining village and also few hospitals are also located her. Besides Gandai has absolute dearth of qualified doctors. The obvious result of all these is that every year significant number of local patients have to travel to other cities for quality medical treatment. Gandai patients mostly choose to travel to Rajnandgaon, Drug, followed by other prominent cities like Raipur and Bilaspur. The only sliver lining or positive factor in Gandai’s healthcare services is that there are decent numbers of chemist shops in Gandai town. Their presence obviously goes long way in helping local patients here.

Similar to healthcare services, even transportation services here is substandard or relatively poor. Numbers of auto rickshaws are as expected very low here and besides there is no railway station in this village. Local people here obviously have to borne lot of inconvenience because of this apparent shortage. For instance, local people have to travel all the way to Durg station and Bhilai nagar station to avail train services. Both these railway stations are located some 70 kms away from Gandai town, making it mandatory for people of Gandai to take a bus journey of at least 2 hours.

With only few banks Gandai is lacking in terms of meeting most of the financial needs of the people. Although a small town, but it surely needs many more banks to facilitate the growth of banking culture in this region Most of the banks offers core banking facilities along-with other basic services for the conveniences of the customers.


Safety and Security in Gandai